An Overview - We Provide Damp Proofing in Cornwall

One of the best known names in the local construction industry, Scrace and Company Ltd has been established since 1975.

Dennis Scrace who founded the Company firstly worked in East London with a company called Gray Conoley and Company Ltd which was part of the Green and Siley Weir Group.

Then in 1955, he came to Cornwall to carry out the building work associated with the construction of the new Queen Elizabeth Dock at Falmouth Docks.

The term was initially for three years but because of the success in the docks he built up a local branch of the company which amongst other things built the majority of the houses in what was then the new Boslowick Housing Estate.

After 13 years the building industry recession unfortunately forced Gray Conoley and Company Ltd to close the Cornish branch. Dennis and his wife Gill not wishing to return to London joined another national company based in Truro.

Then in 1975, Dennis and Gill decided the time was right to form their own company and Scrace and Company was formed.

Their son Paddy, joined the company in 1982 where he studied at Cornwall College achieving his Higher National Certificate before forming a partnership with Dennis in 1987.

In 1995, Paddy’s wife Ally joined the company as Secretary.

Then at the beginning of 2005, the company incorporated to become Scrace and Company Ltd., Paddy and Dennis as Company Directors and Ally as Company Secretary.

In 2010, Dennis retired as Company Director leaving Paddy the sole Director of the company.

Over the last 41 years, we have carried out numerous contracts around the 15 mile radius of Falmouth, including a complex at the Falmouth Hotel, Mabe Community Centre, Factories at the Tregoniggie Industrial Estate, 1st Phase of the Pendra Loweth Housing Development at Maen Valley and many new builds, extensions and renovations.

Much of the success of the company has resulted from the skill and loyalty of our employees, sub-contractors and suppliers. 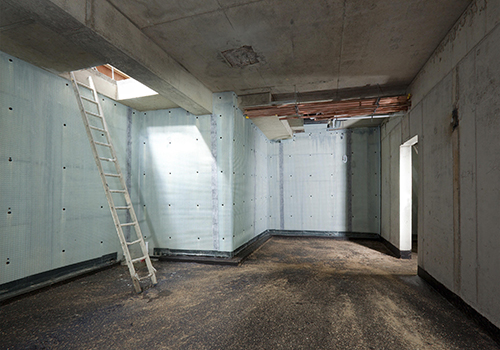 The company has enjoyed a good relationship with our customers with many of them returning for additional work to be carried out.

Then in August of last year, we were delighted to obtain the skills of Andrew Doe and are now able to carry out damp proofing and timber treatment with guarantees.

In the few months Andy has been with us we have carried out numerous damp proofing and timber treatment works all under guarantee.

Andrew Doe started in the building trade late 1980s and served his time as a Masson and qualified by construction industry training board (citb). in the mid 1990s he specialised in the timber treatment and damp proofing industry. Working closely with the manufactures he was the 1st Cornish contractor to install a triton cavity drain system in Cornwall. He worked for a large Cornish damp proofing company, then a national company and has now over 20 years in the timber and damp proofing industry, He was an approved surveyor/contractor for all the leading manufactures. And now joining our team we are able to offer you insurance backed guarantees to any damp proofing and timber treatment we do.